More recently, Thomas Tuchel was asked another question about Lukaku’s situation in the team, to which another correct answer was given:

We bought Romelu because we believed in him. And we still believe in him. Romelu is not to blame for the defeats against Brentford and Real Madrid, he was not even at the start for these matches.

In cup competitions, we fight to the end: we will take part in the semi-finals of the FA Cup, we played in the finals of the League Cup and the Club World Cup. We claim to be in the top 3 in the best league in the world.

You can expect a sharper and more truthful answer from Tuchel about the state of affairs of Romelu, sometimes the German cuts the truth of the uterus, but maybe he really believes in the player. Football Insider claimed at the end of March that Lukaku was determined to leave Chelsea in the summer. Spanish As at the same time reported that the Belgian had already notified his partners that he was going to return to Inter in the summer transfer window. Of course, denials immediately appeared, but doubts and an abundance of possible options should influence the player. What do you think about the future of this player? Download application for betting and make your predictions.

A move to the Parisian club could indeed affect Romelu’s confidence. Not many people can withstand the pace, the level of defenders and the class of players in the Premier League, while in France, Lukaku, with proper form and no injuries, would clearly claim 1st place in the top scorers.

Football Insider has launched reports that PSG are considering a transfer for the Belgian in connection with the possible departure of Kylian Mbappe, and Romelu, unhappy with his situation at Chelsea, is not opposed to changing the team.

Atletico have also been linked with interest in Lukaku, who will need a centre-forward in connection with the possible departure of Luis Suarez, but it is very difficult to imagine a Romelu-type striker in Diego Simeone’s team, in which attackers often become defense players. The lazy pressing of a large forward hardly impresses El Cholo.

The Belgian’s inclusion on the Barcelona shortlist was announced last month by Mundo Deportivo. The Catalans are considering options for the center forward position, which Xavi really wants to close, in whose team the goals are brought by wingers and midfielders so far. But, apparently, the choice of the Catalans fell on another, more scoring striker.

The difficult financial situation of Chelsea against the backdrop of sanctions against Roman Abramovich also leaves its mark, in the worst case scenario, the club will need money in the summer, and the sale of an expensive striker, who did not show the level that many expected, could be an absolutely logical option.

However, on paper, Lukaku’s position in the Blues’ camp does not look dire, only recently Kai Havertz passed him in goals for the season, scoring 13th. The only problem is that Romelu scored 5 goals in the FA Cup and the World Cup, and high performance, of course, is always expected in the championship and the Champions League.

The possible departure of Tuchel at the end of the season and the appointment of a specialist with a different vision of the game could breathe life into Roma’s situation, but here the level of the Premier League plays a big role, the style of the Premier League, in which older players who have played in “weaker” leagues for most of their careers begin to get lost. 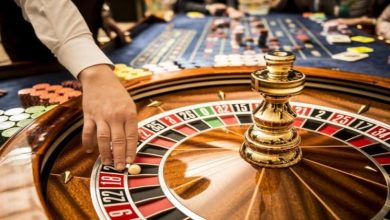 The Benefits of Playing at B9Casino Singapore 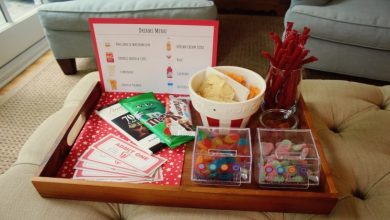